“A true treasure, so much the more notable since it is unique”

The Codex Rost represents one of the most important sources of European instrumental music from the 17th Century. It consists of 157 works, collected and copied by the German musician and copyist Franz Rost in the years from 1640-1687. Some of the works are Trio Sonatas for violin, viola da braccio and basso continuo; many of them are written by anonymous composers.

Playing music from the Codex Rost presents a number of challenges, such as finding solutions to missing elements or, correcting various mistakes and misprints due to a poor condition of the manuscript. The music leads to many open questions, for example: what was the intended instrumentation when written for the Viola? And, can we define a national or personal style in the compositions written by the anonymous composers?

In march 2016, I published a short introduction to the Codex Rost in the danish early music magazine Custos. It can be read (in danish) here.

Very little is known about Franz Rost. He was born shortly before 1640 in Mahlberg bei Lahr/Schwarzwald, Germany. During the years 1655-1664, he was educated as a priest in the Jesuit school in Molsheim. He acquired a basic musical knowledge singing in the boys choir and from 1653, studied the violin and the organ – most probably with the Cantor of the church. From different documents it appears that Rost later took service in the Collegiate Church in Baden-Baden.

Around 1660, Franz Rost had already copied a number of trio sonatas by well known contemporary composers. This collection, which is today known as the Codex Rost, was probably commissioned by the Margrave of Baden. Rost continued his work with this collection in Strasbourg, where he served in the Church of Saint-Pierre le Vieux. His transfer to Strasbourg saved the Codex Rost from destruction: the castle of the Margrave of Baden was completely destroyed in 1689 during the Palatine war of Succession.

Later, the French music theorist, composer and collector Sébastien de Brossard bought the Codex Rost from Franz Rost’s heir. Finally in 1726, the manuscript was brought to the Bibliothèque Royale, nowadays Bibliothèque Nationale de France, where it is preserved today.

Franz Rost died in Strasbourg, but there are doubts about the year of his death: a letter from Sébastien de Brossard mentions that he died in 1688; another date has been found in a later population register from Strasbourg: the April 28th 1696.

Questions on the instrumentation in the Codex Rost

The music from the Codex Rost written for our instrument-combination leads to many questions. For example in the manuscript we find three different words for viola: besides the word Viola, we find Braccio, from the Italian Viola da Braccio, which directly translated means “arm viola” (to discern it from the Viola da Gamba which means “leg viola”) and finally Alto which comes from french.

These three names could all indicate the viola, though there are doubts wether they could also refer to other instruments as for example the viola da gamba, or a small bass instrument which was particularly appreciated in Italy in the early baroque period. This instrument was held like a violin, and is referred to as Viola or, by the french musician and theorist Jean Rousseau, as Basse de Violon. 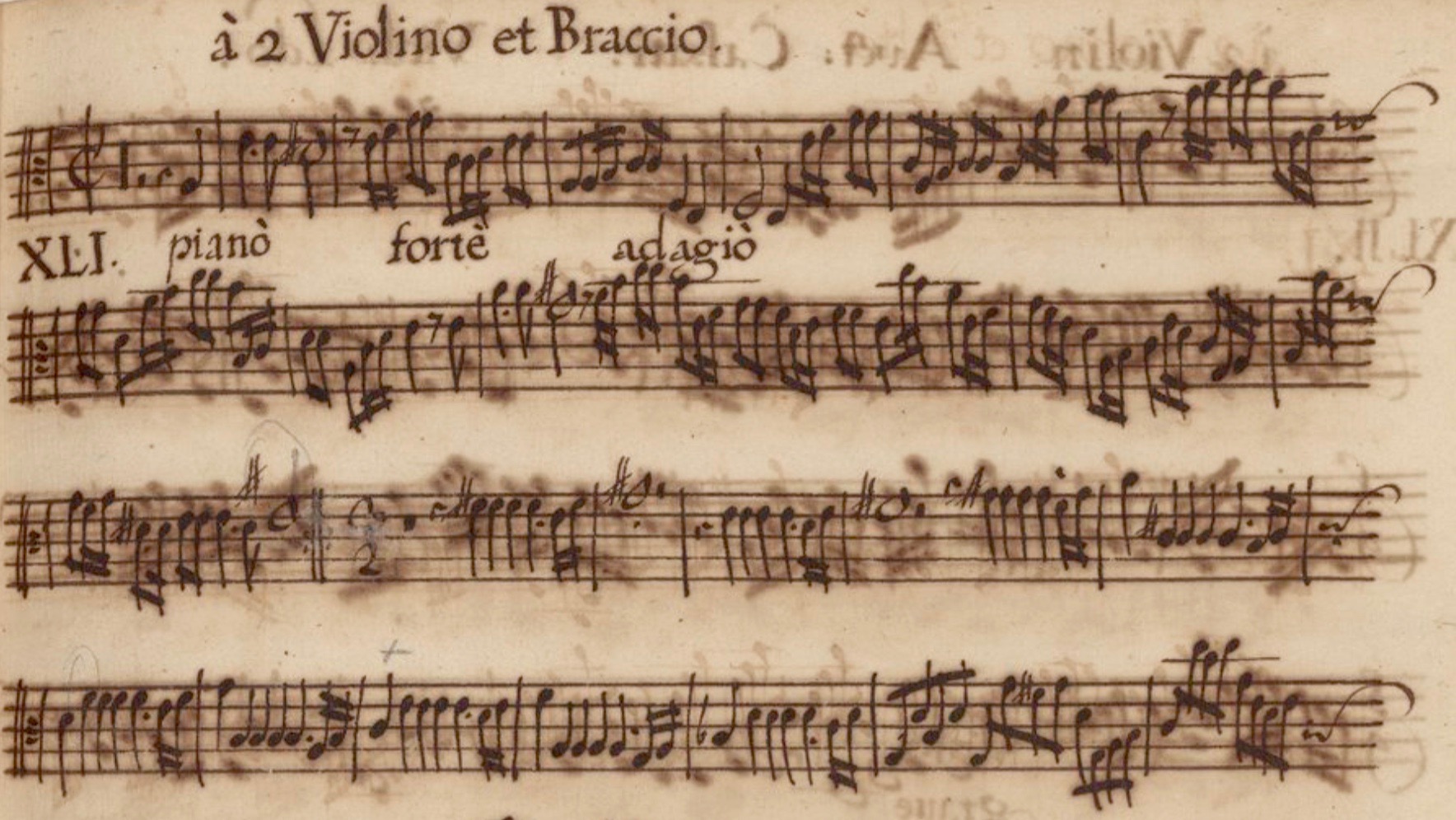