“A particularly convincing  vision, where the two musicians distinguish themselves in their dialogue by their mutual understanding, their ample gesture and their fluid breathing, reminiscent at times of the ancient version of Wieland Kuijken and Gustav Leonhardt, with princely phrasing. Magnificent in any case, listening to this new Channel release remains highly recommended”

“Even for Bach admirers, these are not pieces which instantly give up their secrets, but for the patient listener, there are considerable rewards. It is harder to imagine them performed with more subtle musicianship than by Marie Stockmarr becker and Ilaria Macedonio.”

By virtue of its rare instrument combination – viola and harpsichord on period instruments – the duo Stockmarr-Macedonio proposes a unique sound world. The Danish-Italian duo composed by Marie Stockmarr Becker on baroque viola and Ilaria Macedonio on harpsichord was founded in 2013, when the two musicians studied early music at the Royal Danish Academy of Music in Copenhagen. Since its inception, the duo has carried out several concert tours and performed extensively in Denmark and Italy. They have guested concert series such as Onsdagskoncerterne and Early Monday in Copenhagen and performed in venues such as Auditorium Marianum in Perugia, the Danish Institute (Acdan) in Rome and Huis te Poort Schiedam. Their projects have been supported by Augustinus Fonden, Frederiksberg Fonden, Solistforeningen af 1921, Tidlig Musik i Danmark and Konstnärsnämnden.

In 2021, the duo released its debut album with Johann Sebastian Bach’s three sonatas for viola (da gamba) and harpsichord BWV 1027-1029 o Channel Classics Records. Their next project focuses on music originally for viola and harpsichord by Carl Philipp Emanuel Bach, Wilhelm Friedemann Bach as well as the mentor and family friend Johann Gottlieb Graun. The duo is looking forward to record this music in collaboration with Channel Classics. 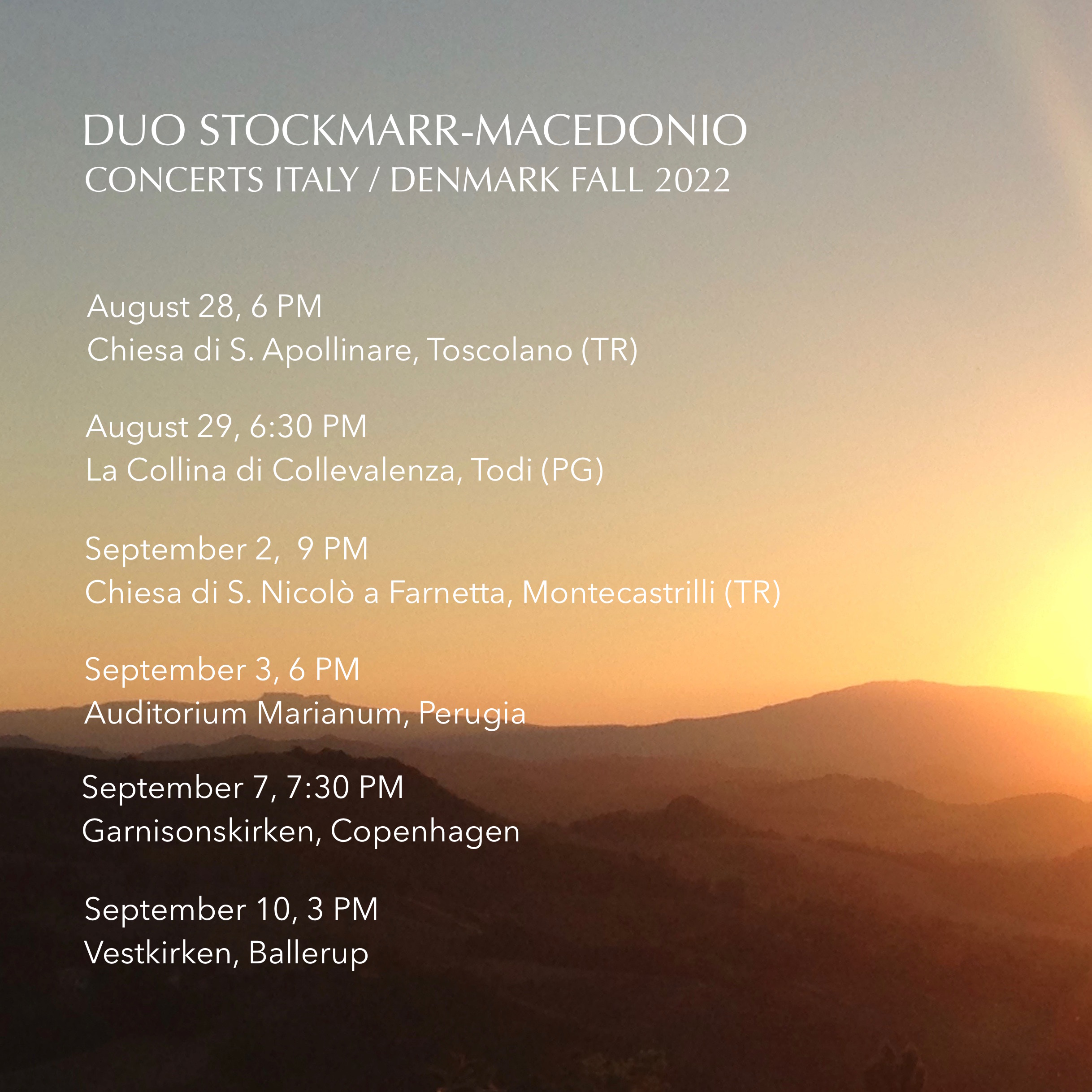 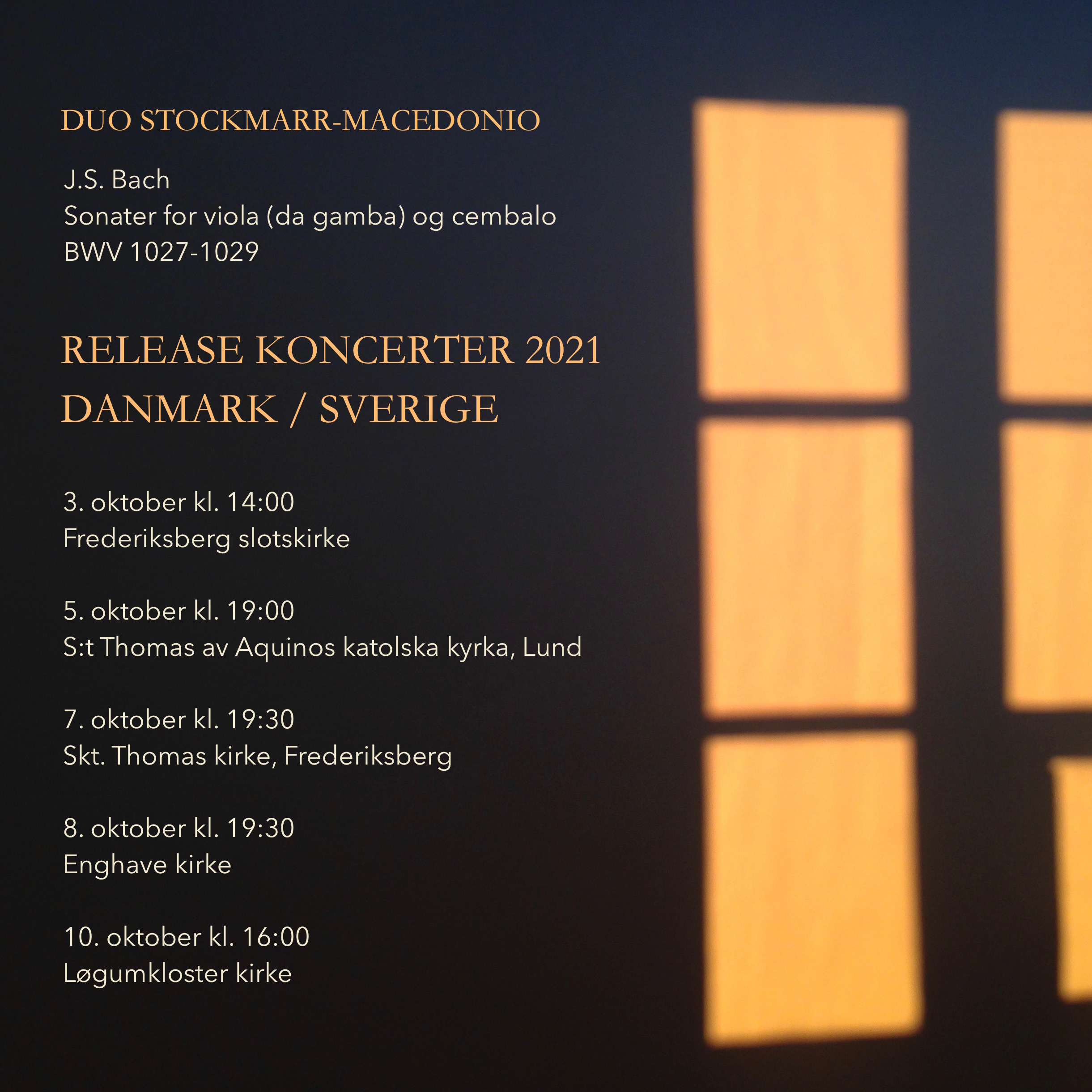 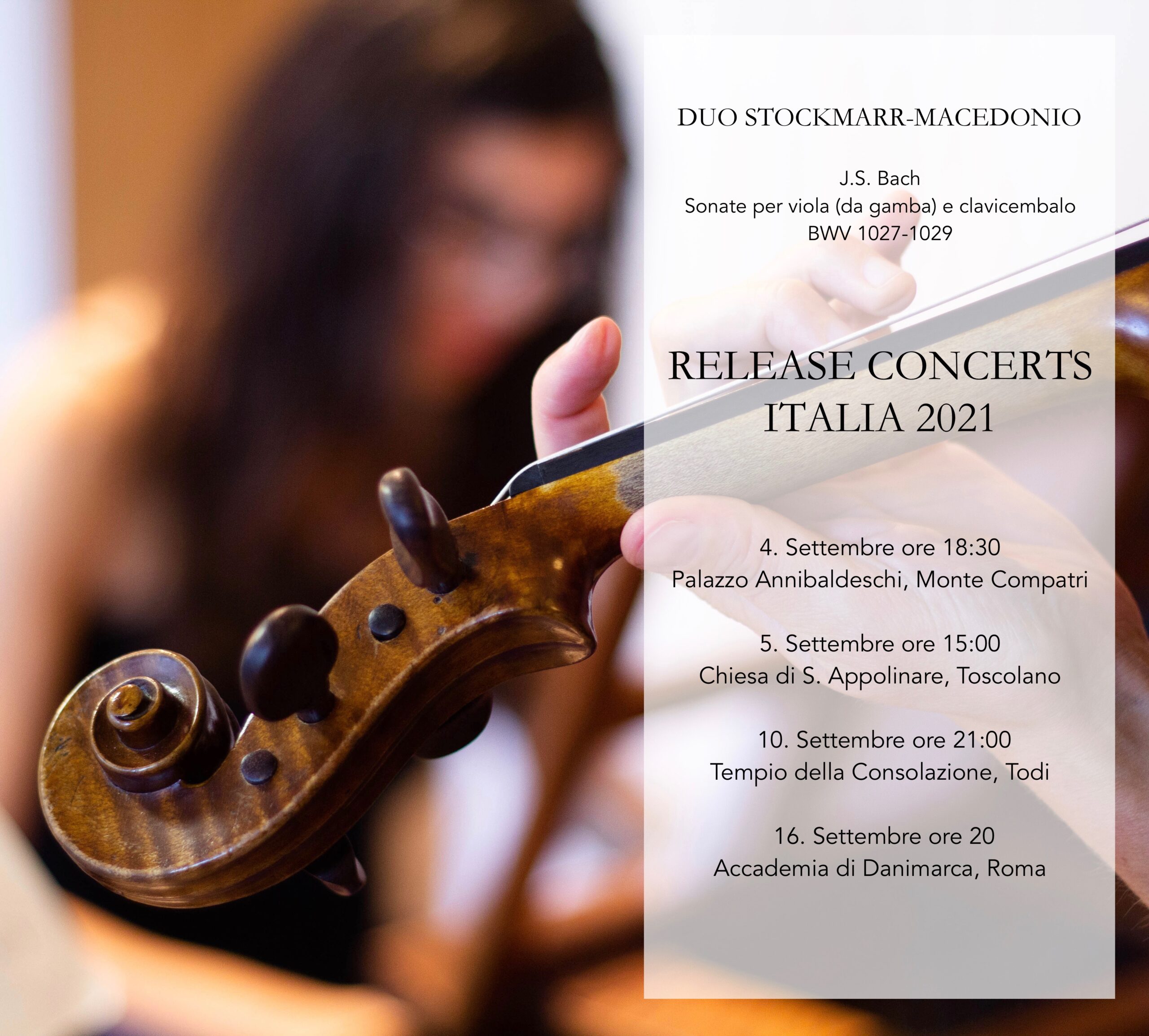 For all inquiries and bookings: